Αn Outline of the History of the Iveron Monastery
Previous
Next 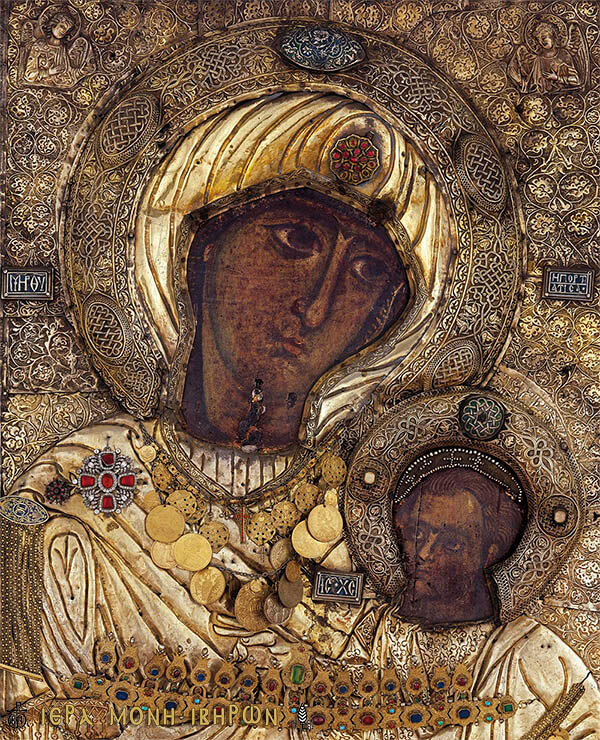 Αn Outline of the History of the Iveron Monastery

The foundation of the Monastery is to be linked with the presence οn the Holy Mountain of Athos of members of the great Iberian (Georgian) family of the Tornikioi, and the valuable services which they rendered to the Byzantine Empire.

There is evidence that John the Iberian and his son Euthymius, relatives of the Tornikios family and at the head of a group of Georgian monks, were οn the Mountain after 963, at the Lavra Monastery, where they became disciples of St Athanasius the Athonite. Α few years later, they were met there by the patrician Tornikios, who had in the meantime been tonsured as a monk under the name of John and who had close connections with imperial circles in Constantinople, particularly with the Emperor Basil ΙΙ the Macedonian. When the general of the East Bardas Sclerus revolted against Basil, Tornikios was called upon by the Emperor to put off the monastic habit and to go to Constantinople to help deal with a situation which threatened the dynasty. His substantive contribution to the defeat of the rebel (979) brought him generous rewards, including the acceptance by the Emperor of his plans for the building of a monastery οn Mount Athos. 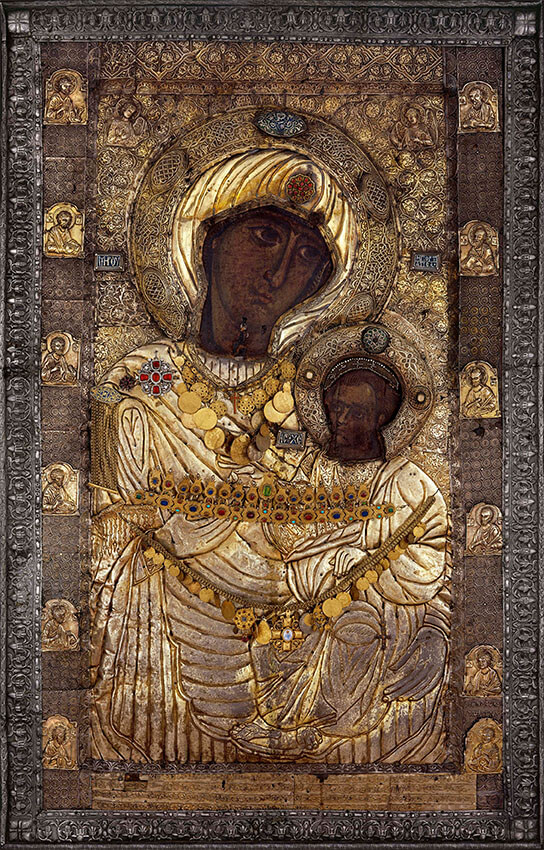 Short history of the Mother of God Portaitissa

The holy and wonder-working icon of the Virgin Portaitissa is the oldest on Mount Athos and the one most venerated by monks and pilgrims alike.

The figure of the Mother of God instils compunction in the soul and appeals to generation after generation of faithful who revere Her grace, entrust Her with their lives and receive Her blessing.

Any cookies that may not be particularly necessary for the website to function and is used specifically to collect user personal data via analytics, ads, other embedded contents are termed as non-necessary cookies. It is mandatory to procure user consent prior to running these cookies on your website.